Other locations:  Perth, Edinburgh and Tianjin

The Old Haileyburians’ Association often says you may be a Haileybury student until year 12 but you’re a Haileyburian for life.  Grace Sutcliffe (OH 2015) certainly lives up to this.  You’ll be amazed that someone so young has such a long association with Haileybury, and this association hasn’t ended simply because she now lives in Canberra.

Grace started at Haileybury in 2001 in pre-prep and graduated in 2015 giving her a total of 15 years at the School.  She has also been a member of the committee of the Old Haileyburyians’ Association since 2019.  Through this long association, Grace has experienced much of what Haileybury has to offer.  She attended the Berwick and Keysborough campuses as well as visiting the Tianjin campus in China.  She was a member of the orchestra, played tennis and touch rugby and was also a key member of the equestrian team.  Grace is particularly proud of the last of these activities.  She says, “The Haileybury Equestrian Team began as a small group of people mostly from the Berwick campus then grew to a much larger team comprising people from all campuses.  As someone heavily involved in the team from middle school to when I graduated, it was wonderful to see it grow and develop so much during my time at the school.”

For her studies, humanities were always Grace’s favourite.  “From Year 9 I was set on studying Arts at university, which I completed at the University of Melbourne in 2018.  My interest in politics and government began in my global politics class at Haileybury and grew throughout my time at university.  During my Arts degree, I decided that public policy was what I wanted to pursue and completed a Master’s of Public Policy and Management at the University of Melbourne in June 2020.”

While studying, Grace went on exchange to the University of Edinburgh.  She also worked for Kelly O’Dwyer, who was then the Federal Minister for Industrial Relations and Women, and James Newbury, who is the Victorian Shadow Minister for Wastewatch and Freedom of Information.

Like many with a passion for public policy, Grace is now headed for Canberra.  “In August 2020 I was offered a graduate role with the Federal Attorney-General’s Department in Canberra in their policy and programs team.  I jumped at the opportunity.  The Department has many functions including family law, industrial relations, crime, national security, international law, the legal system and rights and protections.  When I start in February 2021, I will be assigned to different areas on three-month rotations as part of my training. The focus of my role will be developing legislation and policy.  My role may also includes assisting at events such as ministerial and council meetings, inquiries and royal commissions.”

Although Grace is yet to move to Canberra, she’s already a fan.  “Canberra is a very liveable city.  Everything is so close.  You can walk to work in five minutes—something I can’t do in Melbourne!  I can also visit Sydney and regional NSW, which I am very much looking forward to”.  She still has a soft spot for Melbourne.  “The best thing about Melbourne is it’s where my friends and family are, and you can’t beat Melbourne’s bars and restaurants!”

Reflecting on her time at Haileybury, Grace says, “Haileybury gave me so many skills and an abundance of knowledge that I’ll always be grateful for.  It also taught me the importance of going outside my comfort zone and taking on new challenges.”  As for advice to current Haileybury students, Grace says, “I encourage them to give everything a go and seize all opportunities.  You never know where an internship, networking event or volunteering experience might lead you.  I also encourage them to talk to Old Haileyburians within their field.  There are often many opportunities available that you haven’t thought of.  I’ve found Old Haileyburians are more than happy to help you along the way.”

Have you ever met anyone famous? If you consider politicians as famous, I have met a few!  Apart from those who I have worked for, I have also met the former Minister for Foreign Affairs, the Hon Julie Bishop.

Do you have a favourite band or performer? My music changes often. At the moment I am loving Tame Impala, especially his latest album, ‘The Slow Rush’.

If you could meet anyone (dead or alive), who would it be? The English novelist, Jane Austen. Her critiques of society are bold and her novels timeless. If she is as ironic and humorous in person as she is in her books, I think she would also make for an entertaining dinner party guest!

Is there a book you would recommend?  I highly recommend “Boy Swallows Universe” by Australian author, Trent Dalton.  Set in Brisbane in the 1980s, it’s a wonderful story that’s very well written.  As for Jane Austen, I would always recommend “Pride and Prejudice”.  In my opinion, it is a must read to get a grasp of 19th century British society, with Austen’s ironic humour and critiques to match. 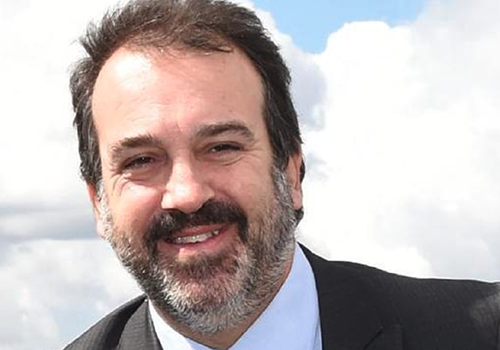