Other locations: Brisbane and Melbourne

Benjamin attended Haileybury Keysborough from 1987 to 1989.  He remembers many of his teachers ‘standing out like the luminaries they were’, such as Haileybury legend, Jim Brown.  But one teacher had a particular impact on Benjamin: his English literature teacher, David Morgan.  Although Benjamin admits that he sometimes struggled with the high standards of the class, Mr Morgan’s passion for literature and language laid the ground work for Benjamin’s career in advertising.  “My experience in literature with Mr Morgan certainly set me on the path of writing and storytelling”, says Benjamin.  “That’s essentially what I get paid to do today.  In a way it taught me the connective value of empathy in creativity, which when used well is a powerful tool.”

One of Benjamin’s happiest memories of Haileybury was representing the school at the annual APS athletics finals.  “I remember standing at the end of the long jump runway or coming around the 2nd bend of the 4 X 100 with a few hundred boys screaming and cheering me on.  I was lucky to be in the squad at a time when we had some memorable athletes.  Our squad dominated for quite some time though Caulfield Grammar was always hot on our heels”.  Not surprisingly, Benjamin recalls the opening of Haileybury’s athletics track as a big development at the school.  He would loved to have tried his hand at rowing, but that wasn’t introduced until the year after he left Haileybury by principal and Olympic rowing medallist, Michael Aikman.

After finishing Haileybury, Benjamin went straight into the work force working for an advertising agency.  So what inspired Benjamin to enter the world of advertising straight out of school?  “Mainly my father.  He was a decades long agency executive.  I was essentially raised inside the four walls of some of Melbourne’s best advertising agencies.  From a young age, I vividly remember the fun, welcoming and creative people that were at dad’s work. So when I graduated Haileybury, I decide to defer and have a crack at working at an agency.  The steps I took are probably ones that aren’t really available to kids anymore, which is a shame.  I literally sat in the kitchen of our house on the Mornington Peninsula and wrote letters to about 20 managing directors at various agencies.  In the letter, I introduced myself and asked if they could spare me 15 minutes to tell me about what it takes to get a job in the industry.  After plenty of polite rejections, a very kind managing director called John Peters at Ogilvy & Mather agreed to meet me and off I went in a terrible suit, replete with shoulder pads and a briefcase, which was empty but I thought it looked the part.  After about three minutes of patiently answering my naïve questions, he offered me a job in the mail room as what was known back then as a “despatch boy”.  I sorted the mail and wrapped the parcels for interstate couriers.  I was 17 years old and when he said they’d pay me $15,000 per year, I almost burst into tears of joy!  At last I was rich!”

From those humble beginnings, it’s been onwards and upwards for Benjamin.  For the last four years he’s been living on the Gold Coast and working as the Executive Creative Director of McCann Australia’s Queensland operations.  McCann Australia has existed since 1959 and is part of the McCann World Group which has 180 offices in 120 countries.  It’s created famous campaigns such as Louie the Fly and The Milky Bar Kid.

Benjamin doesn’t only use his creative powers for devising advertising campaigns.  Recently he’s been using them to combat a serious social problem: domestic violence.  “I’ve been working on a passion project with one of my larger clients called Rescue Rooms”, says Benjamin.  “I was working with some of Australia’s largest hotel brands.  I quickly realised that occupancy rates for hotels sit around 75%, so there’s a lot of empty rooms spread across Australia.  Women and children in danger of domestic abuse often have nowhere safe to go and the care providers in this space are often at breaking point with a lack of rooms to send their clients to.  I combined the two and the concept of Rescue Rooms was born.  We’re about to start a trial in Brisbane with the goal of rolling it out nationally as quickly as possible.”  Benjamin ranks this project as one of his proudest.  “I reckon that our jobs as creative leaders in the advertising industry can serve a slightly higher purpose”, says Benjamin.

Benjamin has been in the industry a long time: since he was 17 to be precise!  He’s witnessed a lot of change in those 30 years.  “When I made my first commercials, it was on tape”, says Benjamin.  “Video was on tape.  Audio was on tape.  We literally cut them with scalpels and stuck them together with sticky tape.  Then desktop publishing came along, quickly followed by digital audio and video editing.  It revolutionised the way we created.”  Although the technology has certainly changed, Benjamin says the fundamentals of how he creates and what he aims for hasn’t.  “I think the motivations and desire of people today, at a fundamental level, are relatively unchanged.  People strive to be happy and lead a good life.  Our challenge as advertisers is to make work that feels true, looks and sounds authentic and is sufficiently engaging that it gives our clients’ brands a positive role in people’s lives.”

Will we see Benjamin returning to Melbourne from the Gold Coast soon?  Unlikely.  “The opportunity to move from Melbourne to Queensland and re-establish the McCann brand in this State was too good to say no to”, says Benjamin.  “Plus my wife’s family are all up here in Currumbin (Southern most part of the Gold Coast).  It’s the best place in the country to raise a young family. Nippers on a Sunday is a highlight! Warm water, sunshine and VBs at midday in the club house!”

What is the strangest place you’ve met an Old Haileyburian? In a tiny Greek café on the island of Corfu. I bumped into a guy that graduated a few years after me.  The place was tiny.  It had about 5 tables and was right on the beach.  I noticed an Aussie accent.  After a few rounds of the ‘where are you from’ type chats, we quickly found we shared an alma mater.

Have you every met anyone famous? The rapper, Snoop Dog.

What are you looking forward to in 2020? Work!  Advertising is a business that I really enjoy.

Do you have a favourite band or performer? Metallica, Silverchair, Jurassic 5, Chopin and Van Morrison.

If you could meet anyone (dead or alive), who would it be? Christopher Hitchens, Napoleon Bonaparte, Carl Sagan, Socrates and my dad again.

Is there a movie you would recommend? Birdman and Jojo Rabbit. 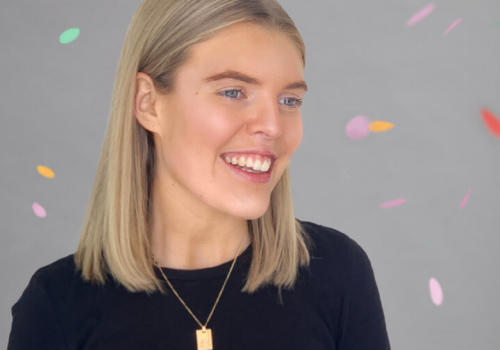