Hearts storm into the Grand Final!

Two of the Hearts biggest losses for the home and away season was against a highly talented and physical Beaumaris which saw our girls as very much the underdogs going into the game. But as we know sport doesn’t necessarily remember the past and there are no certainties.

Also leading into the finals, the Hearts had not defeated the 3 teams above them in Old Brighton (3 times), Beaumaris (twice) and Old Scotch (twice) – Hearts were ZERO from 7 in these contests. The Hearts have found form at the right time of the year.

The Hearts now play Old Scotch in the Grand Final this Sunday at Trevor Barker oval at 230pm. 3 weeks ago the Hearts needed to win the last home and away game against Old Mentonian’s to just qualify for finals. We are now into a Grand Final.

The Hearts had our best team in for the year with Frances Land and Charlotte Russo returning from overseas in time for the Prelim Final after missing several weeks overseas.  This extra bit of depth stabilised our team structure which placed Beaumaris under extreme pressure for most of the game.

As with the 1st semi-final the Hearts found themselves down at half-time against Beaumaris – however, somehow found a way to win.  The coaching panel were confident that our team’s fitness was a strength all season and the final quarter saw the Hearts drive the ball forward on many occasions and dominate the field of play.  The Hearts struggled to convert on the scoreboard, but the tackling pressure was outstanding which kept us in the game.

They say sport is a game of inches and this game on Sunday supported that theory.  Half way during the last quarter one of Beaumaris’s forward snapped a ball from the boundary line and it shaved the padding at the back of the goal post. We were extremely lucky as that may have been game over an inch the other way.

The last 2 minutes of the game saw the Hearts down by 4 points when Frances Land took an amazing competitive mark 30 metres out. She took the set shot and sprayed it right for a point. Unfortunately for Beaumaris (and lucky for the Hearts) saw one of their players go over the mark and the field umpire paid a 25-metre penalty which put Frances Land in the goal score and she kicked truly under real pressure to seal the game for the Hearts albeit there was still 1 and a half minutes remaining on the clock.

Clearly a very even performance during the day with the backline being outstanding for the game.  Sarah Casey showed her class with a Best on Ground performance despite injuring her ankle at training on the Thursday night and receiving a great “shiner” to the eye in the early part of the game.

Mim Waterman’s form (along with Sarah C) in the past month has helped turned the Hearts season around. Mim’s aggression, her ability to read the ball in the key defensive post was outstanding.   Hannah Pastore (OH 2014) was as solid as a rock in defence and well supported by Loz Oliver (OH 2010) who kept the competitions leading goal kicker goalless on the day.  Loz sacrificed her own game for the good of the team and played a pivotal role in the Hearts victory.
Jordan Shanks (OH 2010) and Pulli Gardiyawasam (OH 2010) played their typical high-level game and both received close attention from the opposition.  Pulli’s snap around the corner in the 1st quarter set the scene (and gave our girls confidence) that the Hearts were here to play for the day and could give Beauy a run for their money.  In the pivotal last quarter both Chelsea Frawley (OH 2010) and Carly Dillon both stood up in a tight content which saw one of the Hearts achieve one of its best victories in its short history.

Congratulations to all girls who played on the day in what was a highly exciting and ultimately memorable victory for the Hearts.

Hope to see as many Old Haileybury supporters down at Trevor Barker oval this Sunday (2.30 pm) and possibly create history for the Club. The support in the finals of the last 2 weeks was important in helping our girls achieve victory, let’s get the numbers there and support our girls again in the final game of the season.

This Sunday (19th) we play against a team we were not able to defeat in the Home and Away season in Old Scotch.  Can we dare to dream? Of-course we can – what’s happened in the past is the past – lets create our own history. 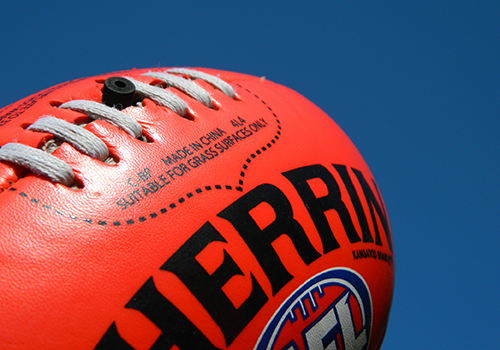 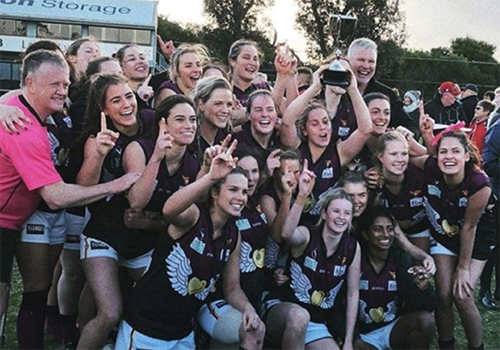 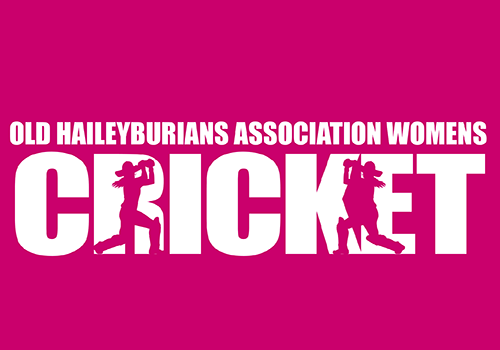