Robin (Rob) Fildes left Haileybury Castlefield in 1957 after successfully completing his Leaving Certificate. Rob did not continue onto matriculation, which in those days was for boys who intended to go to University.

In 1958 Rob joined his father in their small family business, specialising in labels and printing to retail pharmacies throughout Australia.

Along with his older brother and father, they developed that business until 1986 when Rob became a sole proprietor.  Today Rob’s son Luke is CEO of the group.

Rob is Chairman of the Group which also has a company in Hong Kong supplying packaging to the European market.  The Fildes Food Safety division for commercial kitchens is expanding into various Asian markets.

In addition, Rob has achieved a number of important roles in both business and sports administration.

Rob became the International Senior Vice President of the world’s leading chief executives’ organisation, YPO, with headquarters in Washington DC.  In sports administration he was a Trustee of the Melbourne and Olympic Park Trust 1995-2001; Chairman of the Australia Masters Games, Melbourne 1995; received an OAM for sports administration 1998; President and Chairman of Athletics Australia 2005-13; Member of International Association of Athletics Federation 2009-12; and, Patron of Portsea Surf Life Saving Club 2015.

Rob has had a very successful sporting career playing Centre Half Back for Collingwood 1961/63 and ranked No.1 in Australia and No. 14 in the world in Decathlon 1971, earning him the accolade of “best all round athlete in the country”.

The award was announced at the traditional Founders Day Assembly at Keysborough today. In front of a packed Aikman Hall which included graduates from the Class of 1976 (40 years on), Year 10-12 students from all Haileybury campuses and 10 students from Haileybury Beijing, Rob received his award from OHA President, Cameron Van Den Dungen (OH ’98). 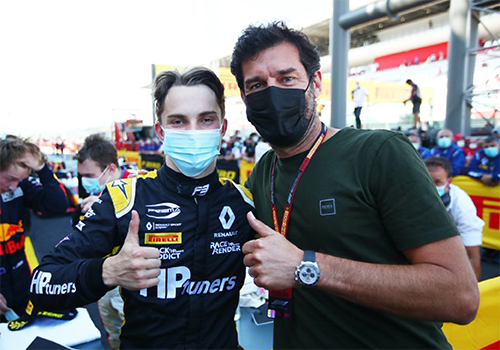