Don Reddin started at Haileybury in 1996 in Year 11.  Due to his father being in the military, his family moved around every few years, so he only found himself in Melbourne for the last two years of high school.  Don attended the Keysborough campus and recalls the recently opened aquatic centre as one of the big developments during his time at Haileybury.  Don also remembers being taught organ by one of the longest-serving and best-loved staff members of Haileybury, the late Ivan Collins.  Don remembers him as an enthusiastic yet patient teacher, but more than anything, a ‘great bloke’.

After finishing at Haileybury, Don’s family moved to Adelaide where he intended to join the Australian Defence Force but was too young.  Instead, he enrolled in a Bachelor of Arts at the University of South Australia and on the side played guitar and drums in some hard rock bands.  By the time he had completed his studies, Don had grown to love Adelaide and didn’t wish to leave.  “Adelaide has a small-city feel with large-city amenities,” Don says.  “There’s lots of opportunities, and a rapidly innovating culture. I’m very excited about Adelaide in the next decade!”

In 2002, Don landed a gig hosting the morning show on Adelaide’s Life FM, but it was all by accident.  “I didn’t want to work in radio”, says Don.  “I was a musician who ended up MC-ing gigs.  A radio station rang me asking if I knew anyone in the music scene who might be interested in radio. I couldn’t find anyone, so they asked if I’d be interested.  I’m a big believer in following an opportunity, so I said yes, and began a media career in radio which lasted 15 years!”

Hosting a morning radio show has its challenges; most of all the early starts.  Don would get up at 4.00 am; have lunch at 9.00 am and then dinner at 2.00 pm.  But there were definitely good points.  Don interviewed some very famous musicians, including the lead singer of U2, Bono (Paul Hewson on his birth certificate!); the lead singer of Coldplay, Chris Martin; and the lead singer of Paramore, Hayley Williams.  But the most rewarding part of working on radio was being able to harness the goodwill of his audience to help the community.  Don says, “The best days on radio were when we’d hear about a local family going through a difficult time, and we’d throw the challenge out to our audience to provide assistance. Much like the outpouring of generosity during the recent bushfire season, I found Aussies to be super generous when presented with an opportunity to help a family in need. People always come through, and often in the most amazing ways.”

Don worked at Life FM from 2002 to 2016 with some breaks along the way.  In that time, he saw the arrival of podcasts which have altered the landscape of radio. “In one regard, they’ve changed the whole game”, says Don.  “In another regard, there’s something special about the immediacy and relatability of live radio.  Radio can reach into businesses, cars and people on the move in ways other media can’t. Podcasts can do this as well since they are a personalised form of radio, but they reach their audience after the fact.”

Don credits part of his success on radio to keeping things authentic. “Some media personalities have an on-air persona which is distinct from who they are off air, but most are largely the same person on and off air (perhaps amplified 25% for the microphone/camera).  It’s that kind of authenticity that people want to engage with. There are some other key qualities for a radio presenter: a genuine curiosity, a sense of humour, knowing your audience, ‘balancing fine focus with mass appeal’ and of course, hard work.”

Don says his faith has existed from a very young age but it was something that he didn’t always live consistently with during his early years.  “A couple of years into university, I began to take faith more seriously and living for God became the most important thing in my life.”

“I never really wanted to be a pastor”, says Don.  “I kind of fell into the role. I was pursuing TV and radio and my church had some leadership needs in areas where I had skill and experience.  Over time, I developed a greater love for serving in the church and spent less time pursuing media until pastoral ministry became full time! It’s easy to see the similarities between being a pastor and a radio presenter.  Both involve engaging and communicating with an audience and conveying a message.”

Being a pastor is not a common vocation in Australia.  So how do people react when Don tells them he’s a pastor?  “Depending on the person and culture, anything from confusion to reverence”, says Don.  “I don’t seem to look like what most people think of when they picture a pastor, so that helps to overcome any awkwardness.  I don’t believe pastors are necessarily any closer to God than doctors, labourers, teachers or anyone else.  I don’t believe that a pastor has a higher calling than any other vocational pursuit either.  God calls men and women to serve in all kinds of ways, roles, and contexts.  This just happens to be the one he has me in now.”

The CityLight Church has an active role in the community which Don embraces.  “We’re involved in a bunch of things, including international development, relief of local poverty, education, assisting ex-offenders and running an op-shop.  We aim to be a positive presence in the community that helps all kinds of people discover and more deeply understand God’s love for them and the freedom found in Jesus.  Our goal is to live out Matthew 5:14-16, where Jesus tells his disciples they’re the light of the world and they’re to shine that light, not hide it, doing good works for people so that God receives glory.”

Reflecting on 23 years since leaving Haileybury, Don says that it’s only in recent years he’s fully appreciated what Haileybury did for him.  “There were great opportunities in extra-curricular activities; a ‘can do’ mindset; and a focus on aiming high and achieving high”, says Don.  “I really enjoyed my time at Haileybury, and have great memories of friendships, learning, and opportunities which I now realise are quite rare for people in Australia, let alone across the world. I’m very grateful for how I grew there, and my experience has informed the kind of school my wife and I have chosen for our kids.”

As for current Haileybury students, Don says, “Be grateful for the amazing start you’ve had in life and do something great with it!”

Q: Have you met anyone famous? A:Bono, Chris Martin and Hayley Williams.

Q: What book would you recommend? A: The Bible. There is a lot of misunderstanding, miscommunication and misapplication of what the Bible says.  I believe everyone would benefit from reading the Bible to get a better picture of how God relates to His creation.

Q: If you could meet anyone (dead or alive), who would it be?  A: Leonardo Da Vinci; the composer, J.S. Bach; and St Augustine.

Q: What are you looking forward to in 2020? A: Personally, I’m looking forward to the same things as last year: growing as a husband and dad, loving people around me, leading the church well, and knowing God and His love more deeply. 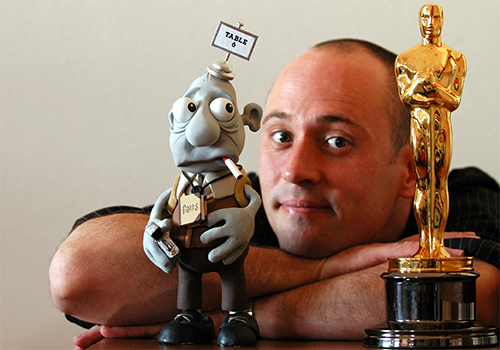