A message from the CEO | Principal of Haileybury, Mr. Derek Scott.

Haileybury Rendall School will add further breadth to the Haileybury network while maintaining the best of our traditions. The ‘Rendall’ part of the name commemorates our founder, Charles Rendall.

Senior Vice Principal Craig Glass will be Haileybury Rendall School’s first Principal. Craig has led the Haileybury Education Program for nine years and is directly responsible for our exceptional academic outcomes. An outstanding education leader, thinker and manager, he is the ideal founding Principal. Craig will take up his role at the start of Term 3. His wife, Kerry Glass, also an outstanding teacher and education leader, will join Craig on the staff as will other educators from among Haileybury’s five other campuses.

It is important to note that the acquisition of our Darwin campus involved no capital contribution. Kormilda’s excellent facilities are being acquired for a nominal consideration after its owners, the Uniting and Anglican Churches, recognised that Haileybury offered the best opportunity for the ongoing development of quality education at the site.

Haileybury’s commencement of operations in Darwin is well supported by the Northern Territory and Commonwealth governments, as well as the families who attend and will attend the School. As with all our campuses and programs, it will be self-funded by its operations.

Indigenous boarding education has operated on the site for 28 years, with students coming from some of the most remote communities in the Northern Territory and north-western WA. Haileybury will work extensively with Indigenous education experts and local communities to build the boarding and education program. The Haileybury Institute and Deputy Principal John Fleming have already had considerable success in improving education outcomes nationally with the Explicit Teaching Model. This will be applied to the learning program in our Darwin boarding houses and day school.

The Northern Territory Government strongly supports Haileybury’s move into Darwin. It recognises the considerable benefit to the Territory of having Australia’s largest school, and one of its leading academic schools, providing a Tier 1 education there. The Commonwealth Government has signalled strong support for the development of northern Australia over the next 25 years, and Haileybury is now well positioned to be a part of this.

We will also work with Northern Territory education and business leaders to develop the first international boarding school program in northern Australia. This is an exciting, fully funded development which will see Haileybury engaged heavily in countries to Australia’s north. We will build upon the experience we already have in delivering the VCE in China, Timor-Leste and the Philippines.

As part of these developments, Haileybury’s Melbourne students will have the opportunity to be involved in a range of social justice, outdoor education and sporting programs in Darwin and beyond.

The project will further enhance Haileybury’s ability to attract the very best education staff from Australia and internationally. The opening of Haileybury Rendall School is further evidence of our commitment to 21st century education, which recognises enterprise and entrepreneurship as key life skills. This project further embeds these attributes in our culture.

We are committed to the Haileybury vision of being ‘recognised as a great world school’. The Northern Territory project, with its commitment to Indigenous education, the development of northern Australia and engagement with countries to our north is another significant step on this path. We expect it to bring great benefits to the entire Haileybury community. 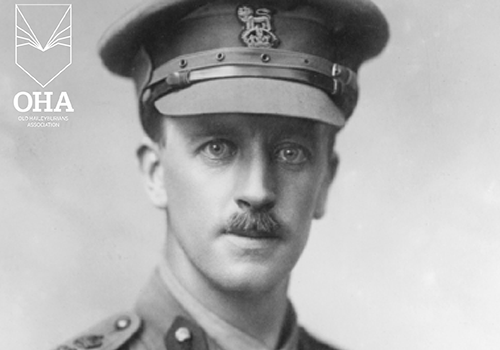