Prof Peter McDougall (OH ’67) has been announced as the winner of the prestigious Old Haileyburians Association (OHA) Medal. The medal was awarded for the 13th time at the Founders Day Assembly, held in Aikman Hall at Keysborough. The award was presented by OHA President, Brad Hyde (OH ’82).

Prof McDougall attended Haileybury from 1960-1967. He was in the first cohort of students to attend the Keysborough Campus in 1963 returning to Castlefield in 1964. It was Mr John Neal who inspired Peter to excel in Chemistry in Year 12, which enabled him to enrol in Medicine at the University of Melbourne in 1968.

Peter graduated MB BS in 1973 and spent two years as a Resident Medical Office (RMO) at the Preston and Northcote Community Hospital. This time consolidated his love of Medicine and in 1976 he was appointed RMO at the Royal Children’s Hospital (RCH). After 3 months he decided on a career in paediatrics and passed his Fellowship exam at the first attempt in 1978. In 1976 he met Dr Pam Cox who was also RMO at RCH. They married in 1977. In 1980 Peter was appointed Overseas Fellow in Neonatology at the Bristol Maternity Hospital, UK and Pam joined a General Practice in Bristol. This gave both a very rich experience in life and medicine. Whilst there, the Medical Director of RCH informed Peter that there were not likely to be any positions in Melbourne in the relatively new field of neonatology and advised him to ‘look elsewhere or change your career’. ‘Elsewhere’ was the Royal North Shore Hospital of Sydney where Peter was appointed Staff Neonatologist in 1982. Two years later in 1984 he was head hunted to join the staff of the Neonatal Department of RCH where he remained until 2010.

Over the next few years Peter led many changes including the establishment of a new neonatal intensive care unit, the building of an academic research unit, the introduction of surfactant treatment for sick premature infants, and the pioneering of High Frequency Oscillatory Ventilation (HFOV) in Australia. Peter had seen this therapy introduced in the United States, offering lifesaving treatment for very sick babies with lung disease. In 1992 after months of preparation his team used HFOV to save the life of the grandson of one of Peter’s English teachers at Haileybury. The boy was recently one of the team of builders of the house of one of Peter’s executive colleagues. HFOV is now standard care in neonatal intensive care units throughout Australia.

The 1990s were a difficult time for hospitals with severe cutbacks in funding. Peter decided to enrol in a Masters of Business Administration in 1995 and graduated with distinction in 1998. Soon afterwards he was appointed to the Executive of the RCH as Chief of Medicine and Director of the Department of Neonatology. In his time of Directorship of Neonatology, many changes and improvements occurred including an expansion of the intensive care unit. In 2009 Peter was awarded RCH’s most prestigious award, the Chairman’s Medal.

In 2010, the RCH CEO appointed Peter as Executive Director of Medical Services (EDMS) and Chief Medical Officer (CMO).  These roles gave him the responsibility and accountability for ensuring the highest standards of medical care in the hospital. The demands of this role meant that he had to relinquish his clinical work and leadership role in the neonatal intensive care unit.  As an executive he was most proud of his involvement in the design, planning, move and implementation of the new RCH that occurred in October 2011. Now into the 10th year, the RCH building is considered the best design of any Children’s hospital internationally. Peter also played a role in the planning and implementation of the Electronic Medical Record in 2016 and for this he was awarded the Elsevier HiMSS Asia Pacific Chief Medical Officer of the Year in 2017.

In 2015, he was appointed Honorary Clinical Professorial Fellow, Department of Paediatrics, University of Melbourne.

Between 2014 and 2018, Peter was also Clinical Lead for the Victorian Paediatric Clinical Network with Safer Care Victoria and visited most hospitals in Victoria in order to standardise paediatric care throughout the state. Clinical Practice Guidelines, the Victorian Children’s tool for observation and response, and Anaphylaxis and Button batteries safety guidelines were implemented by this committee to improve paediatric care in Victoria.

Between 1991 and 2018, he was a Member of the Consultative Council on Obstetric and Paediatric Mortality and Morbidity (CCOPMM) and Chair of its Neonatal Subcommittee, 2014-2018.

In 2018, Peter retired from his position as EDMS and CMS at RCH but retains an honorary position as Professor and is a member of the executive of the RCH Alumni.

In 2018, he was appointed as Senior Clinical Advisor to CCOPMM and in 2020 he joined the Board of Directors of Monash Health.

Since 1984, Peter has walked along Brighton and Elwood Beach paths at 6am (more recently 7am) with Old Haileyburians Lou Irving, Peter Strain, David Tuxen, and Peter Atkinson who sadly died in 2018. He plays golf at Portsea to a standard not too dissimilar to his football and cricket abilities. He also took up relearning French in 2019.

In addition to the aforementioned, Peter is fortunate and thankful to have friends from Haileybury schooldays, Chris Pfeiffer, Robert Jackson, Guy Brown, Mark Travis, Jim Bonwick and David Scrimgeour. He considers that he is lucky to have had a rewarding life and career. He is very grateful for the opportunity that Haileybury College gave him and for the support and love of his parents, sister Janet, wife Pam, children Keith, Helen and Robert and grandchildren Hamish and Elliott.

Congratulations Peter, we are so proud of everything you have achieved!

Previous winners of the Medal 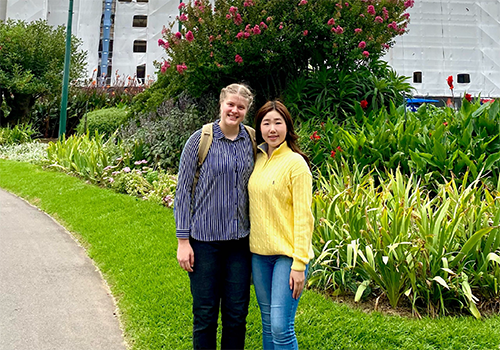 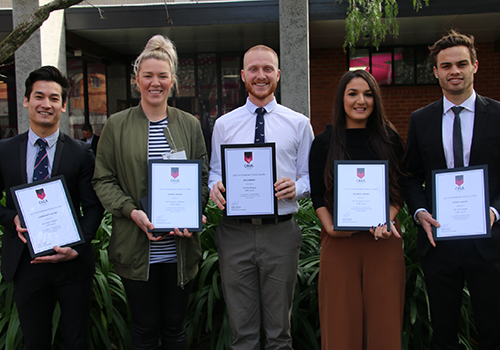 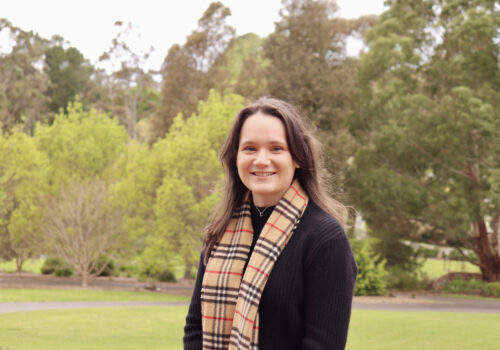