In this edition of OHA Australia Wide, we introduce Chris Waxman (OH 2000): an OHA member with a long-running connection with Haileybury, who now assists surgeons by providing them with state-of-the-art technology and helps keep the great Australian tradition of a day at the beach safe through his involvement in surf life saving.

Chris started at the Brighton Campus as a prep student in 1988 then moved to the Keysborough campus in 1997 before graduating in 2000.  As a keen sportsman, Chris remembers the opening of the aquatic centre in 1995, which featured a 50-metre Olympic pool and diving boards.  Chris says all of his teachers had a positive impact, but he particularly remembers Mr Mark Harrop who always struck the perfect balance of kindness, care, discipline and respect.  “I remember missing my year 8 speech night as I was in hospital”, says Chris.  “Mr Harrop visited me in my hospital bed and gave me a mug that I still have to this day.”

After Haileybury, Chis studied applied science (human movement) then physiotherapy.  “I always enjoyed sport and science growing up.  Having completed an exercise science degree, I felt that physiotherapy would provide the largest range of options for a career path that interested me.”  Chris first worked as a physiotherapist then moved into management roles in the healthcare sector.  Chris currently works in Brisbane as a territory manager for Stryker.  Stryker is a multinational medical technology business based in the USA.  It was founded by Dr Homer Stryker in 1941.  It now has around 40,000 employees, annual sales in the league of US$15 billion and is listed on the NYSE with a market capitalisation of around US$90 billion.  In 2019, it spent US$971 million on research and development and owned 8,833 patents.  Chris’s role is to promote Stryker’s camera systems which are used by surgeons to perform keyhole surgery.  He manages the Brisbane and Sunshine Coast regions which contain approximately 30 hospitals.  “The best thing about what I do is partnering with health care providers to have a positive impact on patients’ lives”, says Chris.  “Being in operating theatres with surgeons and seeing them amazed by the technology that Stryker can provide is incredibly satisfying”.

Chris’s current role and previous roles all involve people management.  He has an MBA, which he completed after his first two degrees.  “I value education as a way of creating career opportunities,” says Chris.  “I felt that working one-on-one with patients as a physiotherapist was impactful, but that there was an opportunity to help more people by moving into management, so I began an MBA.  I’ve really enjoyed the opportunities that combining clinical and management knowledge has created”.

Chris now lives in Brisbane.  “My wife and I always thought that if we were to move to another capital city it would be Brisbane based predominantly on the weather.  There was a work opportunity in Brisbane so we accepted it and decided to move here for one year … that was 6 years ago!”  Chris says the best thing about Brisbane is the weather and the proximity of the Gold Coast and Sunshine Coast, but unfortunately there’s no MCG, which is a pity if you’re a keen AFL fan.

The Queensland coast allows Chris to participate in a great Australian tradition: surf life saving.  Before moving to Brisbane, Chris had been a surf lifesaver at Woolamai Beach and Torquay.  He’s now a member of the Currumbin Beach Vikings Surf Lifesaving Club and a very successful member too!  Chris has competed at state, national and world championship levels for the Club winning a silver medal and two bronze medals at a national level.  Surf life saving is not without its hairy moments, particularly when rowing a 200 kg lifeboat in the surf.  Apart from a near miss with a shark and a few broken bones, Chris has had a largely safe experience!

Chris still remains connected with many OHA members.  “We have a tight group of about a dozen Haileyburians, some of whom I first met in prep”, says Chris.  “We keep in close contact and meet regularly through our shared passions of AFL, cycling and beer.  The alliance between Haileybury and Toorak College introduced me to my wife and some of her friends have also married Haileyburians, so our families are also close.”

Reflecting on his time at Haileybury, Chris says, “Haileybury provided me with every opportunity to be the best person I could be.  Strong values and leadership instilled in me a drive for excellence.  The quality network of students and teachers also helped me on my journey.  I am very grateful to be part of the OHA and to remain connected to such a meaningful network. The OHA community is full of great people and the care and respect we have for each other is worth continuing.”

What’s the strangest place you’ve ever met an OHA member?  In a Turkish bath in Istanbul!

Have you ever met anyone famous? Matthew Lloyd (an Essendon football great)

What are you looking forward to in 2021? We are moving into our new family home in June.  It’s taken 12 months to build and a lifetime to create!  We hope to have our friends and family from Melbourne come and visit us as we’ve missed spending quality time with them.

Do you have a favourite band or performer? Simon & Garfunkel

If you could meet anyone (dead or alive), who would it be? My father who passed away in 2007.  It would be great to catch up with him again.

Is there a movie you would recommend?  The Lion King.  It deals with complex life lessons in a way that is palatable for kids.

Is there a book you would recommend?  Straight Shooter by Matthew Lloyd.  He’s a legend.

Is there a podcast you would recommend?  The Jordan B. Peterson Podcast.  It’s thought-provoking. 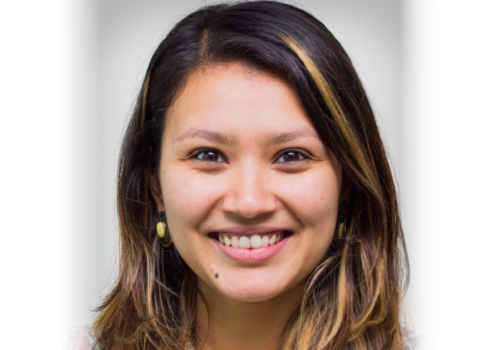 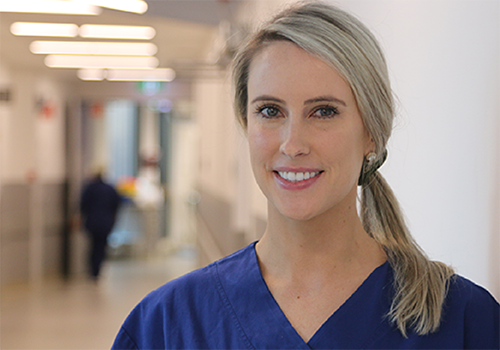